Alexandria, VA (July 31, 2017) — The Livingston Parish Chamber of Commerce has been named a winner of an industry award that recognizes communications and marketing work. Presented annually by Alexandria, Va.-based Association of Chamber of Commerce Executives, the Communications Excellence awards program is designed to celebrate exceptional work in the areas of advertising and marketing, campaigns, digital and publications.

The Livingston Chamber received an Award of Excellence for its LP Back 2 Biz campaign. The initiative highlighted businesses that reopened and got back to work in the aftermath of the historic flooding that affected much of Livingston Parish in August 2016. Back 2 Biz reached over 100,000 raising awareness of the businesses open in our parish as well as providing community and constituent updates through videos and photos.

A panel of peers — communications and marketing executives from chambers of commerce around North America — evaluated submissions and selected top entries to receive recognition.

“Within one week of the flood devastating our area, the Chamber launched the Back2Biz Campaign,” said April Wehrs, President and CEO of the Chamber. “The biggest concern was to combat any negative messages and information with a very positive, simple message -  We’re open!  With no supplies in the area accessible, we used what we had, a piece of poster board, a marker and a camera.  We made a sign and headed out to take pictures especially of people.   Business owners were encouraged to use fun, energetic poses to bring the message to locals and other areas.  We are proud to be recognized in the chamber industry for leading an important initiative and response by shining a positive light on such a dark time in our parish.”

This year's competition attracted entries from chambers of commerce in the United States and the Cayman Islands. 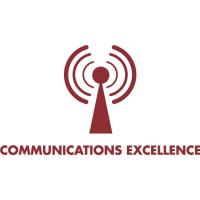