Walker, LA (May 24, 2018) - After three years of hard work, planning and fundraising, the Challengers Ballfield opened on May 24 at Sidney Hutchinson Park. A crowd of players, their families and community leaders gathered to enjoy baseball on the new field. Mayor of Walker, Jimmy Watson, was inspired by how many people from different areas of the community pulled together to execute the project.

Former Walker Mayor, Rick Ramsey, told those gathered that the Challengers project began when he was approached by city employees who were concerned about the rough conditions of the field. “The drainage was so bad games were often canceled after just a little rain.”

At the time Mr. Ramsey was a member of the Livingston Chamber of Commerce’s Livingston Leadership class. Each year, Leadership Livingston participants take on significant projects to improve the parish. The 2015 classmates jumped at the Challengers field opportunity. “It was the most ambitious project any class had done, but we knew that we could do it. The leadership group played a huge part in getting the project funded. First and foremost were the networking and connections. That’s what I learned most about Leadership. It’s not about what you can do individually, but what you can pull together and do as a team.”

Former Livingston Parish Chamber of Commerce Chairman of the Board, Chad Bacas, said he remembers the poor conditions of the field prior to the Leadership Livingston project. “Some of the Leadership class were out here playing with the kids and it was hard to wheel their chairs around. Looking at the difference between then and now seeing the kids playing on this turf, it’s a total transformation.”

The group applied for nine grants to gain funding for the field, two sizeable ones were awarded. “First we got the grant for Louisiana Land and Water Conservation. Susan Ables and Kreston Brown wrote the application for the Cal Ripken Foundation grant. Those two grants together amounted to $300 thousand for the field. It really gave us traction,“ said Mr. Ramsey.

Many other members of the community pulled together to fundraise as well, including Scott Innes and Colby Rosenthal whose fundraisers earned between $80 and $90 thousand. Innes joked about being approached by Mr. Ramsey to participate in the project “We told him it was going to take four years and he said, ‘Well good because you have a year and a half.’” Innes said it the park is an example of what happens when a community pulls together, “It just goes to show you when people are willing to give $15 here and $25 there, you can build a ballpark.”

The Challengers program has boomed over the past two years and now over 60 children are enrolled to play on the only field catered to their needs in the entire state of Louisiana.

The 2016 flooding stalled progress on the Challenger project, but the community persisted, and the ADA compliant field is now a reality. Kreston Brown from Forte & Tablada was in the 2015 Leadership class and he was impressed by the tenacity of everyone involved to see the project through to completion. “After the class ended the City of Walker really took the project and ran with it. And we stayed involved to make sure it happened. It’s really thrilling to see the kids playing on it.”

Livingston Parish Chamber of Commerce Chairman, John Blount, echoed excitement over the completion of the project and the Chamber’s role in it. “The Chamber is at the center of many collaborations that allow great projects like this to be implemented. We have several other projects that began with the Leadership Livingston Program, such as the park in Albany, the helipad in Killian, the Shoes for Students Program and the upcoming monument dedication at the new courthouse. The awareness of this and all these projects escalated when the Leadership Livingston Program, through the Chamber, took this challenge on.”

He said, “As a graduate of the program, I have seen firsthand the work being done through the projects and the building of community networks. Never has Livingston Parish had this coordination in place, until the Chamber took on this program. It’s a proud moment for our community that the Chamber is excited to play a part in propelling to a new level of awareness.”

Scott Dufrene, Livingston Leadership 2015 alumnus, said that the park project was not the only benefit of the class that year. “Everyone would meet in my office once or twice a week. We really became good friends. It’s great to see how the Chamber is affecting the community in so many ways.”

April Wehrs, Livingston Parish Chamber of Commerce President and CEO encourages community-minded business owners to consider participating in a Leadership Livingston class themselves. “There really is no better way to get to know the Parish. It would take you years to accumulate the knowledge and exposure you will get in this program. We have worked hard to create an excellent curriculum and achievements like this field prove that we are succeeding.”

The Chamber is currently accepting applications for the 2018-2019 Leadership Livingston Class.

For more information on the Livingston Parish Chamber of Commerce, please visit www.livingstonparishchamber.org or contact the chamber at 225-665-8155. 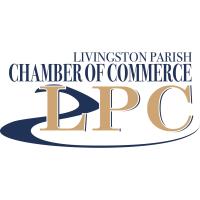